Lazily lolling in bed late-ish one recent morning, I lay listening to birds obliviously chirping outside, my friend downstairs listening to the ABC News Breakfast team dissecting the latest dramatic political news, her new baby occasionally grizzling (possibly about the pervasiveness of dramatic political news in their household) with really large airplanes in the final stages of descending to land at Sydney Airport utterly drowning out all of the above and much more every few minutes. With this soundtrack playing, I attempted to ponder the concept of whether it was possible that one day I could ever forget that I had spent decades believing that I was a cisgender male. I settled on being a bit certain that it probably wasn’t possible to forget this. I was less certain though about whether either possibility was a concern to me or not. I couldn’t see that a concrete conclusion was possible, so I made the firm decision to arise immediately to get on with the rest of my life … in the form of consuming an interesting breakfast with two good coffees whilst talking about life and love with my friend and her new baby at an insouciant neighbourhood cafe.

A couple of weekends ago I had a combined birthday celebration at a local pub with three of my besties. Spoiler alert: it was fabulous! A late-forties birthday celebration at a pub may not immediately seem like that much of a big deal, but in many ways it was my debut-that-I-hadn’t-had-yet. Why was it so pivotal when it was attended generally by many of the same people, and held at a venue we had partied at before? The difference this time was that late that Saturday afternoon, two hours before dusk, I wore a dress outside in public for the first time! This dress, actually: 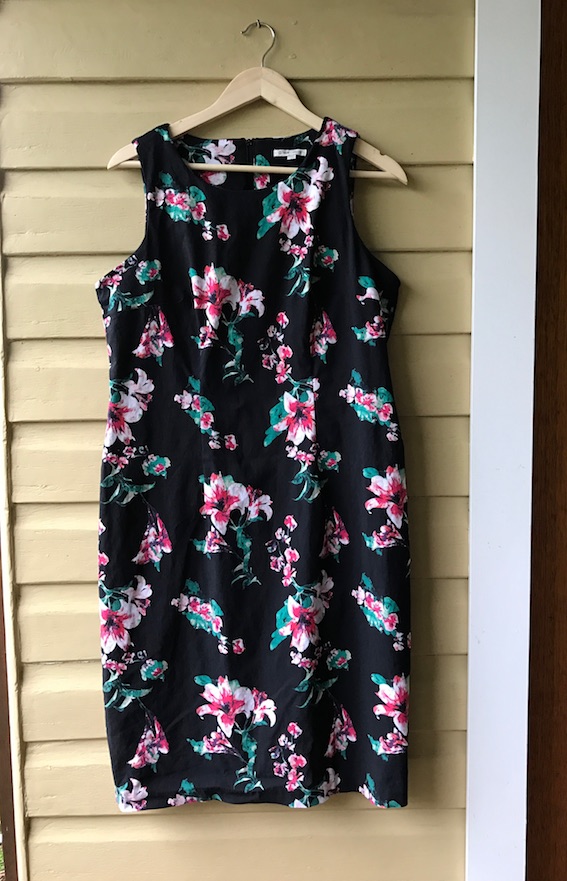 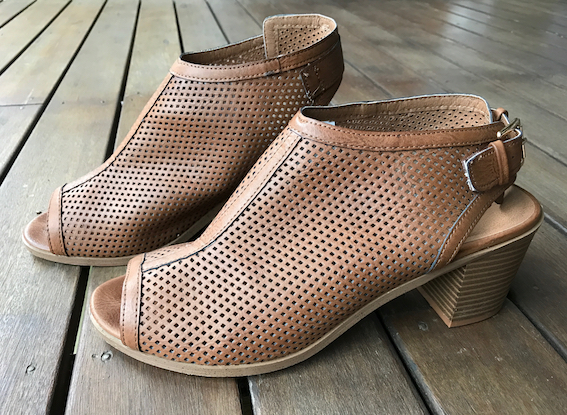 Two of the birthday girls (including me) joined a third at her house to get ready. The fourth was busy playing lots of sport that afternoon. We chatted and caught up on goings-on, and I was given a refresher crash course on fashion, dress-wearing etiquette and cosmetics. I didn’t end up wearing a wig (we ran short of the time needed to securely wedge my growing mop under it) or earrings (I lost half of the pair of my favourite clip-on earrings in the darkness recently at a friends house). I did wear a little understated makeup, though.

I was surprisingly and noticeably relaxed getting ready. I only started getting nervous when we finally sat down in the taxi. We had travelled less than a block before I had the sudden urge to grab my friend’s leg for security, and as she turned to look at me I realised then that I hadn’t noticed that I was already verging on panic. She looked me in the eye and said to me clearly and calmly: “You will be completely fine, but if at any time you think you won’t be, you can have some time out and I will come and sit with you, or if you need to, you can go home. That will be fine too. Whatever you choose to do, it will be fine. You will be fine”. As it turns out, I was fine, but I did feel quite nervous for the rest of the short journey, with that nervousness peaking whilst walking the final 5 metres from the taxi to the pub door. I turned around to my friend as we entered the pub and exhaled “thank f*@k we live where we do” to which I received wide-eyed, whole-hearted, nodding agreement. Being three of the four birthday girls, we of course arrived fashionably late.

It was a totally lovely evening of talking and eating and drinking, possibly my most favourite, certainly my most relaxed birthday party yet, so it was a shame that not all of my friends were able to make it. My friends told me that I looked lovely. Some of my male friends greeted me by kissing me on the cheek (for the first time). My female friends made it abundantly clear, reinforcing what had already been non-verbally communicated to me, that I was now one of them. I properly noticed something new that night, but I wasn’t able to clearly identify it at the time. It took the passage of a few days before I realised that I had felt a protective aura emanating from my girl friends that night.  I had kind-of noticed it before, I think, but it only really coalesced in my mind after that night. In hindsight, I’m not sure that I have ever felt that unselfconscious in public before, and yet there I was: in a pub, in the daytime, wearing a dress. It certainly helped that I had more offers from my girlfriends than I actually needed to escort me to the toilet when nature called.

Just before the last 20 or so of us were ejected from the pub at closing time, my taxi companion threw her drunken arms around my neck, planted a big smooch on my cheek and proclaimed how very proud of me she was. She did it again shortly after to reinforce her point, presumably. I was proud of me too. I can do this.

TED says that “gender should be the least remarkable thing about someone, but transgender people are still too often misunderstood”. Jackson Bird, the personable speaker in this 6.5 minute TED Talk is a young trans man. I really like his approach to clearing up misconceptions about some aspects of being transgender, and of transitioning.

Several of his insights ring true to me, but some of my experiences differ greatly to his. I’m really loving my second attempt at puberty. I have a vastly improved hormone mix, and I have a gradually softening body, two things that have elevated my mood far beyond it’s usual historic levels. I now feel far less awkward in the world than I am used to feeling. I generally find that when I tell people for the first time that I am transgender, or that I am transitioning, that there is no awkwardness at all on their part. My usual experience is that instead they display empathy and support, which is just bloody lovely.